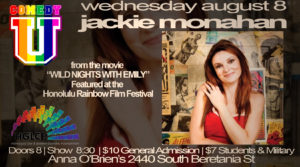 COMEDY U STAND UP COMEDY NIGHT WITH JACKIE MONAHAN

Comedian, actor, writer and producer Jackie Monahan is setting comedy stages on fire with her fearless brand of humor. Professionally trained at UCB and Groundlings, she won “Time Out New York Joke of the Year” and was voted “Comic to Watch” by Esquire magazine who said “Jackie has the looks of your friend’s hot older sister, with the jokes of a deranged serial killer. She will kill you and you will be smiling.” Jackie stars with SNL alumni MOLLY SHANNON in WILD NIGHTS WITH EMILY–HRFF29’s Spotlight Film on Sunday, August 12. 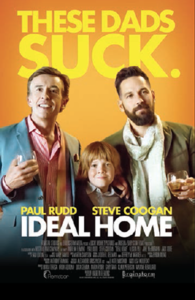 A great way to jump into the 29th Annual Honolulu Rainbow Film Festival. Mix and mingle with the HRFF team, local film buffs, Hawaii’s LGBTQ+ community, our sponsors and volunteers, and special visiting guests. Tasty bites courtesy of Zach’s Event Catering with a no host bar operated by HoMA. A fun social event leading up to the screening of the highly anticipated comedy IDEAL HOME starring Paul Rudd and Steve Coogan. 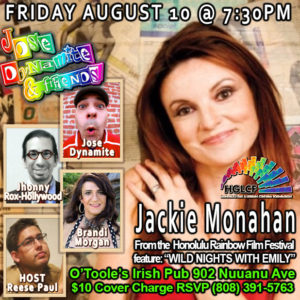 Jackie is back with the Comedy U team to headline a night of hilarity at O’Toole’s Irish Pub. With Jose Dynamite, Jhonny Rox-Hollywood, transgender comedian Brandi Morgan and opener Sita Om. Hosted by Reese Paul. Don’t miss this night of great stand up comedy. 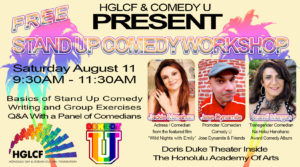 Start the weekend with a free stand up comedy workshop with Comedy U’s Jose Dynamite and transgender comedian Brandi Morgan, and featuring Jackie Monahan from WILD NIGHTS WITH EMILY. The workshop will cover the basics of stand up comedy, writing and group exercises, all followed by a Q&A with a panel of comedians. Then purchase your special 1-Day Pass for a day of Women’s Programming created in partnership with ClexaCon (more details below). 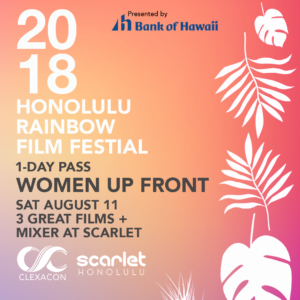 WOMEN UP FRONT: A DAY OF WOMEN’S PROGRAMMING WITH CLEXACON

As part of our collaboration with ClexaCon, we have put together a full day of Women’s Programming on Saturday, August 11.

ClexaCon is the the largest multi-fandom event for LGBTQ women & allies and HRFF participated in their most recent convention in Las Vegas, sharing HRFF29 news and more with the sold out audience of over 4,000 people.

The August 11 Day of Women’s Programming which includesshort films, web series and the feature film THE MISEDUCATION OF CAMERON POST; all topped off by a Women’s Mixer* at Scarlet Honolulu. 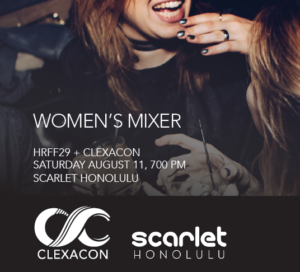 Get to know the people you’ve spent the day with just a little bit better! Mix it up with the ClexaCon and the HRFF crowd at Scarlet — downtown Honolulu’s astonishing, no holds barred club. From 7-9pm enjoy 2 hosted drinks and delicious bites from Chiko’s Tavern–it’s just what the director ordered after a day of thought provoking and entertaining women’s programs.

$15 at the door // Free to All-Access Festival Passholders and ClexaCon 1-Day Passholders from 7-9pm.

After 9pm, purchase the regular door ticket and have a blast at Scarlet’s 3rd Anniversary Party. 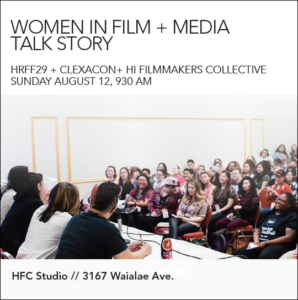 Don’t miss this special day of Talk Story organized by HGLCF and our community partner Hawaii Filmmakers Collective at their space in Kaimuki. It will be a day of informative discussions with producers, writers, actors and directors who are changing the way films by and about women are being developed, produced and distributed. 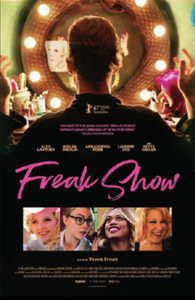 A nice way to wind up the 29th Annual Honolulu Rainbow Film Festival. HoMA’s cash bar will ease you into a bit of socializing with friends old and new. Then catch the screening of our Closing Night film FREAK SHOW, “a lively coming-of-age drama and a glorious and defiantly optimistic ode to all things Gaga, Mercury and Wilde.” 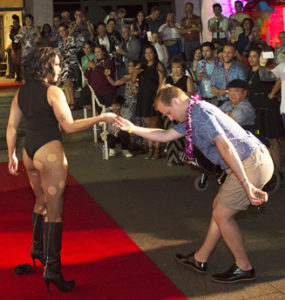 canadian health and care mall https://online-drugs-store.net
1хбет зеркало регистрация 1xbet регистрация зеркало
We use cookies to ensure that we give you the best experience on our website. If you continue to use this site we will assume that you are happy with it.OkNo
Revoke Cookies