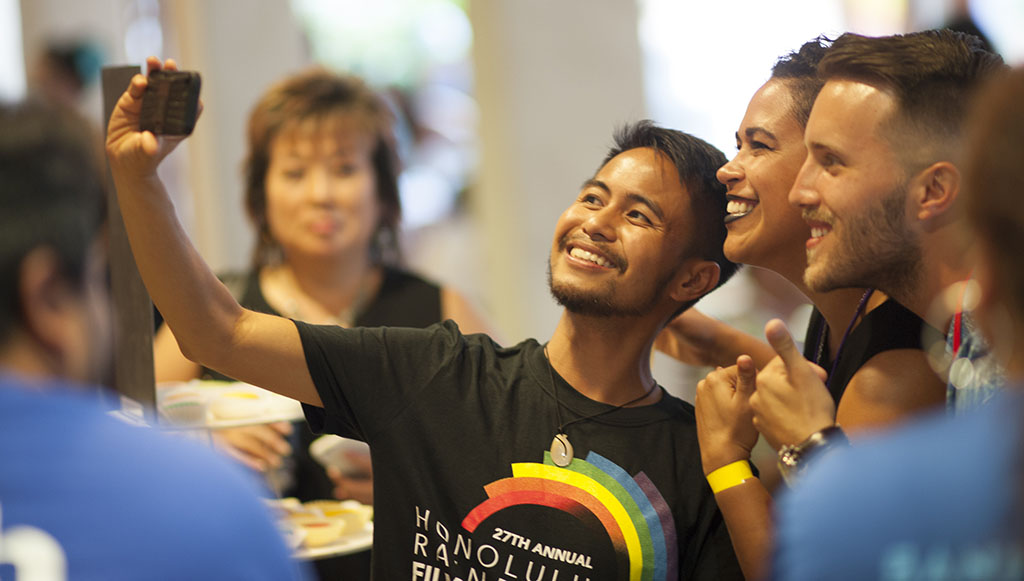 Thank you for volunteering for HRFF28!

Our volunteers are our front line welcome team: helping to usher, scan tickets, collect surveys, serve food at receptions, and create the community spirit for which HRFF is known and loved.

Click on items below to volunteer for specific events and screenings at this year’s Honolulu Rainbow Film Festival.

Usher, scan tickets and collect surveys from 5:45 – 9:30pm at the Opening Night Screening of BEHIND THE CURTAIN: TODRICK HALL.

For this, and all of the following screenings, our volunteers are part of the team ushering, ticket scanning and welcoming festival goers. Tonight’s screening are two wonderful coming-of-age LGBTQ films. Choose one or more shifts beginning at 5pm or at 7:45pm.

A day of short films from around the world exploring the diversity of gay life. Plus three amazing feature films. 4 shifts available beginning at 1:15pm and wrapping up at 10:15pm.

Thought provoking and heartwarming features, plus a “Secret Movie” you won’t want to miss. And a showcase of award winning and crowd-pleasing lesbian-themed short films. 4 shifts available beginning at 1:15pm and wrapping up at 10:15pm.

Part Two of our showcase of gay-themed short films followed by the HEARTSTONE, winner of the Queer Lion Award at the Venice Film Festival. 2 shifts available; the first begins at 5:30pm and the second at 7:45pm

Two remarkable feature films exploring secrets, love lost and found and how our histories shape us. 2 shifts available; the first begins at 5:30pm and the second at 7:45pm

The Hawaii premiere of the searing documentary about the Ferguson uprising followed by a discussion with civil rights activist and LGBTQ leader Brittany Ferrell, who is prominently featured in the film. Volunteers needed from 6:30pm – 9pm.

Three feature films including the controversial bullying drama 1:54, a deep dive into transgender activist history and a tender story about female friendship. Plus a new short film by award-winning local film makers. Three shifts available, the first beginning at 1pm and the last beginning at 4:45 and running through 7:30pm.

We use cookies to ensure that we give you the best experience on our website. If you continue to use this site we will assume that you are happy with it.OkNo
Revoke Cookies